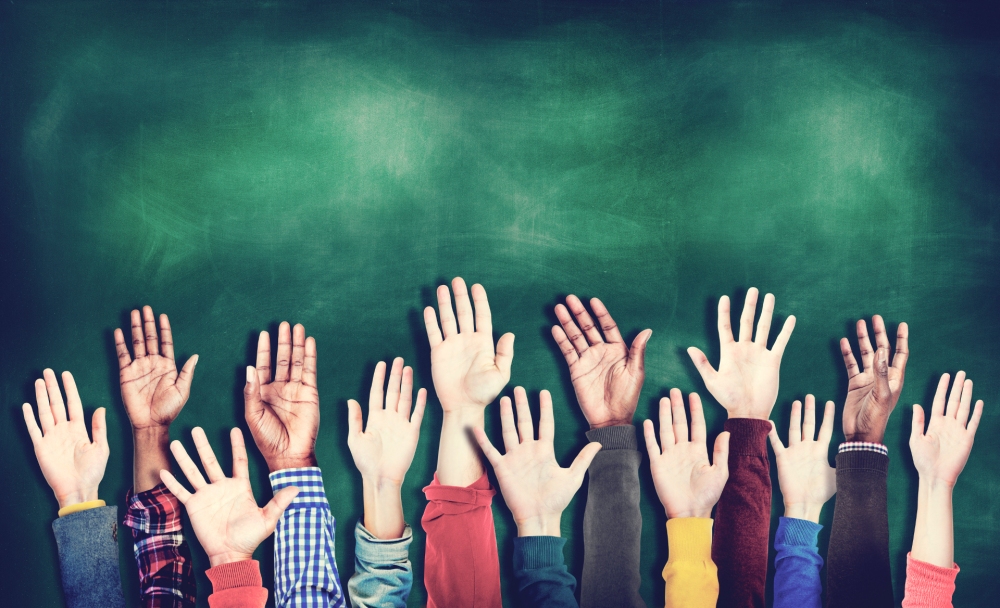 ACT results were released this week for the Class of 2019 and the headline from the Nevada Independent reads, “ACT test scores show modest improvement but Nevada still ranks last“.

It’s true ACT results were released this week and Nevada had the lowest score of all the states that test 100% of their students. But something seems fishy about these results??? 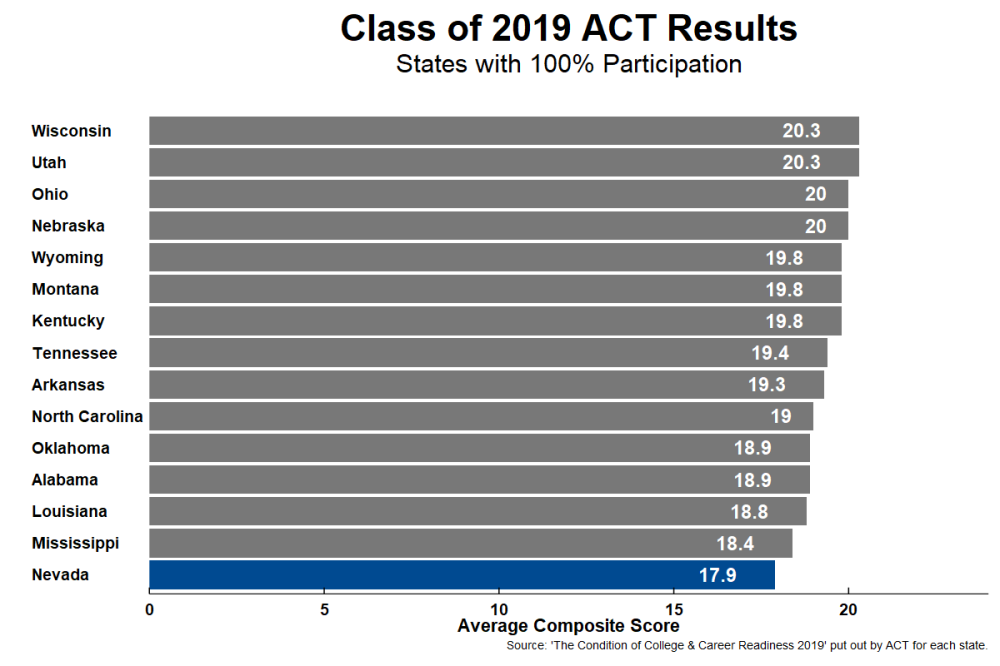 Nevada is significantly under performing all other states. Yet just 4 years earlier, in 2015, when these students were in 8th grade and had to take the National Assessment of Educational Progress (NAEP) test there was a very different ranking. The NAEP is the most important test in the country administered every two years by the U.S. Department of Education.

When we look at how those students performed on a common assessment, NAEP, as 8th graders in math we see that Nevada is near the middle of the pack.

So how is it possible that all those states are doing so much better than Nevada on the ACT when just 4 years earlier Nevada students were in the middle of the pack???

The answer is in retake rates.

When our students are in elementary and middle school and take the state assessment they are allowed to take as long as they want to finish the test. As long as the student is still working they can keep going. As a result students are able to think deeply about a problem and try to figure it out.

The ACT it is a rigorously timed test. So, if students spend too much time working on any individual problem they will run out of time and it will adversely impact their score. Getting use to this format and retaking the test greatly improves student results.

In fact, ACT has done research on this very topic. You can find that research here:

Multiple Testers: What Do We Know About Them?

Here’s a quote from that research:

A very different picture emerges. Now Nevada is back in the middle of the pack like they were back in 8th grade when there was a level playing field. How about if we compare test takers who only take the test once?

Again Nevada is back in the middle of the pack. So what is going on here?

Look at the chart below where we break out ACT performance by:

Below is the breakdown in scores for all states that test 100% of their students on the ACT. You can easily see it is not a fair comparison to compare the overall average score when states are not retaking the test at the same rates.

We are not giving our students the supports that they need to be successful on this test! 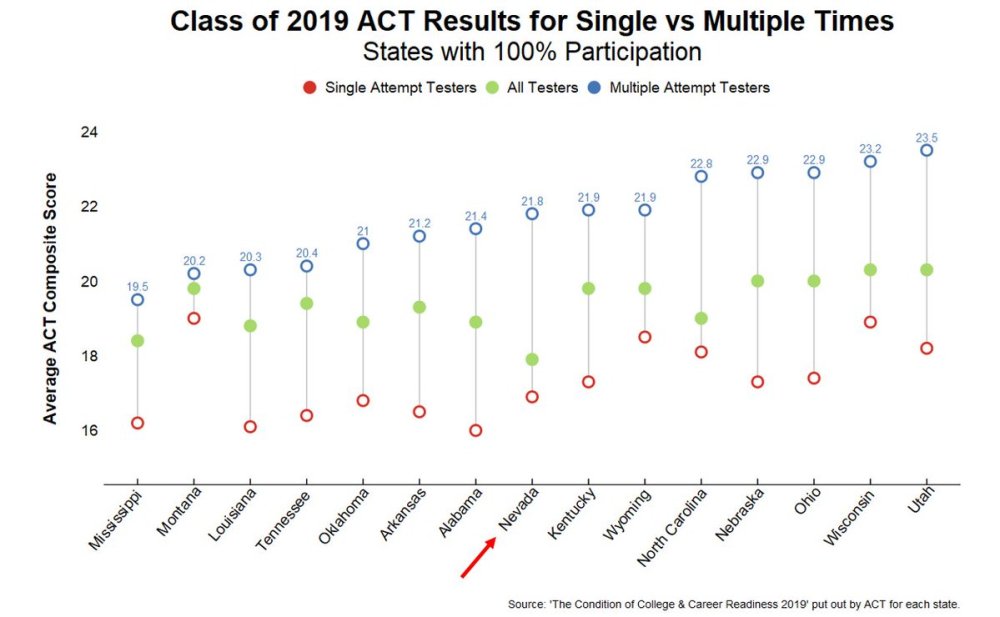 And YES our students achieve when we provide the proper supports.

At the same time ACT results seemed stagnant over the last few years, Nevada was the fasting improving in AP pass rates in the NATION! 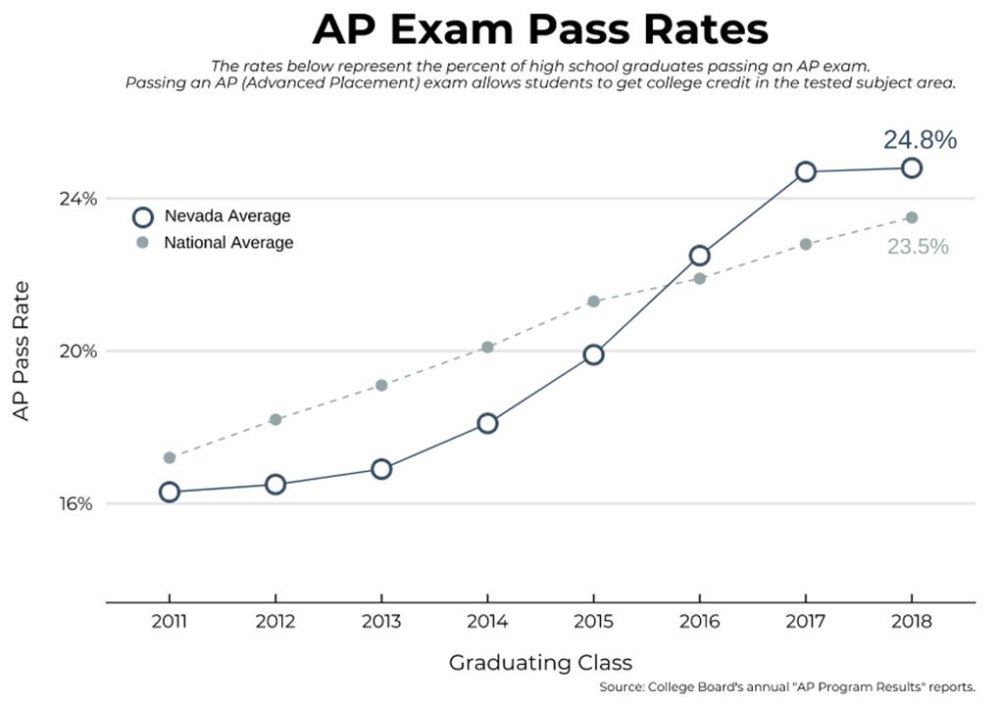 We don’t have a higher count of Advanced Diploma’s because the cohorts were getting bigger. There is a higher rate of students in the cohort getting advanced diplomas.

In fact, 1 in 4 students in the Class of 2018 graduated with an Advanced Diploma. The highest rate ever achieved in Nevada! 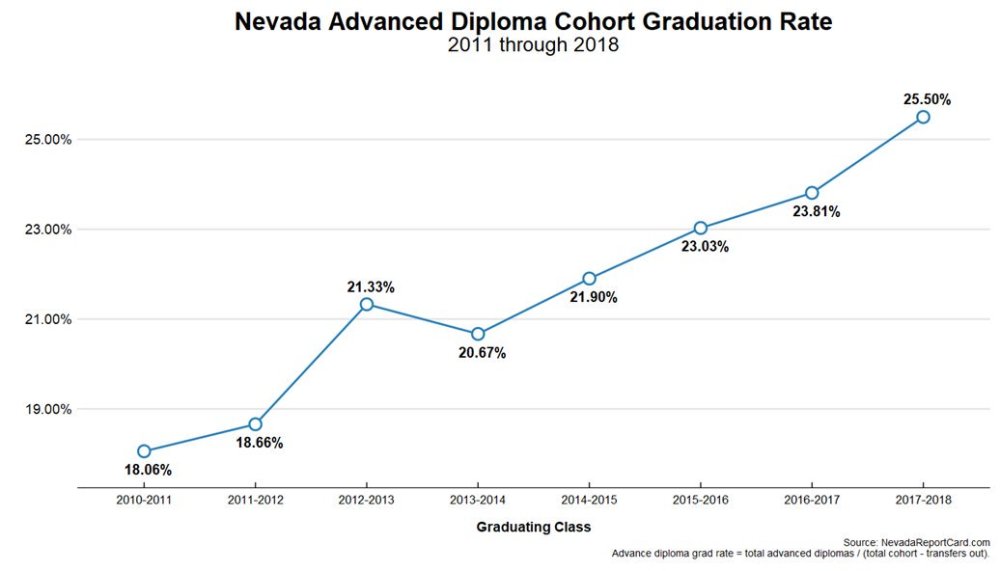 What’s the problem with ACT?

We’ve implemented a policy that requires every student in Nevada take the ACT to graduate, but we haven’t provided the resources and supports to schools to make sure the students are successful in that endeavor.

To see significant gains we need to provide supports that students, teachers, and schools have in Tennessee, Mississippi, and Louisiana.